The Trinity: For the Bible Tells Me So 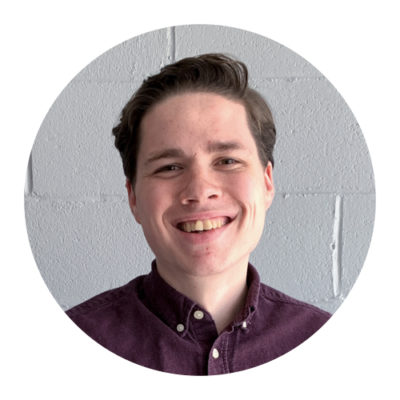 The word “Trinity” is not in your Bible. I am sure many of you are aware of this. But, perhaps it is surprising to others. Christians have for the last 2000 years confessed and believed in the doctrine of the Trinity. We use this word in worship; we sing songs that praise the Triune God; we shape our prayers to address this God and His name Father, Son, and Holy Spirit; we preach and teach about this doctrine; we believe that the Trinity is the God who created and sustains the world. As an elder deeply involved in the organizing and execution of our Church’s liturgy (order of service), one of my deepest desires is that our worship is deeply trinitarian. But, the word Trinity is not in the Bible! How do we get away with this? Or, in a bigger way, how has the Church gotten away with this for the last 2000 years? Here is important Biblical data concerning this doctrine.

We see throughout the Old Testament strict teaching on monotheism; this is simply the belief that there is only one God. This is in opposition to several different beliefs about the number or nature of god(s). Polytheism is the belief in multiple gods. Henotheism is the belief in a supreme God over other multiple possible gods. So, when we read the Scriptures we see a strict belief that there is only one God; though, some Biblical authors make remarks about other “gods,” we should not take these to be in the strict sense as if the Biblical authors propose rival deities or elevate men to full god status. The Biblical authors know not multiple gods or a god among the gods. Rather, they know only one God. A great place to see this foundational monotheism is at the very beginning: “In the beginning, God created the heavens and the earth” (Gen. 1:1). Additionally, there are multiple places in the Book of Isaiah where the LORD speaks the words “besides me there is no god.” Isaiah 44:6 says this: “Thus says the LORD, the King of Israel / and his Redeemer, the LORD of hosts: / ‘I am the first and I am the last; / besides me there is no god.’” The Old Testament authors and people were firmly committed to monotheism.

Enter, the New Testament era. All but one author, Luke, was Jewish. Strict monotheism is inherent to the New Testament authors and their writing. It might be a no-brainer, but when the living God is referred to in the New Testament, the title is always in the singular. However, something happens. The single God of the Old Testament is spoken of in multiple ways in the New. That is: the Father is God, the Son is God, and the Holy Spirit is God. Notice, these three are the one God. One of the easiest places to see this is at the end of Matthew. After Jesus’s resurrection, He met with the disciples to give them some instruction. Jesus declared that as the resurrected one, all authority in the created world was given to Him. With this in mind, He sends out His apostles to establish churches by making disciples. One of the things that makes a disciple is being baptized into “the name of the Father and of the Son and of the Holy Spirit.” The name is singular, and yet there are three distinct persons identified with that name.

In other places, the Father is identified as God: “Grace to you and peace from God our Father and the Lord Jesus Christ” (Rom. 1:7b). The Son is identified as God: “In the beginning was the Word, and the Word was with God, and the Word was God…. No one has ever seen God; the only God, who is at the Father’s side, he has made him known” (John 1:1, 18; see all of John’s opening for that matter). Now, the Holy Spirit is a little trickier, but this passage shows that the Holy Spirit claims an attribute that absolutely no creature could ever possess; that is, the Spirit comprehends God: “For the Spirit searches everything, even the depths of God. For who knows a person’s thoughts except the spirit of that person, which is in him? So also no one comprehends the thoughts of God except the Spirit of God” (1 Cor. 2:10-11). The Spirit would have to be God to exist in such a way as to comprehend the nature of God because God’s nature is incomprehensible to any creature.

This is all to say that as God reveals Himself throughout redemptive history, He shows that He is the only God and that He is the Father, the Son, and the Holy Spirit, and these distinct three are the one God. There are not three gods. There is not one god who sometimes shows us with a different mask. There is one God who eternally exists as three distinct co-equal persons. That is a super basic definition. It is very minimal. The reality is, we need to say more than that. Heretics in the past always had good intentions. Many defended the oneness of God, but they sacrificed the three distinct persons or the divinity of the Son and Spirit in the process. Others upheld the three distinct persons, but they did so in such a way that it compromised monotheism. We absolutely need to uphold the One God who eternally exists as three distinct co-equal persons. But, how do we do that? How do we define and defend a thorough doctrine of the Trinity? I must say, it is of the utmost importance for life and worship for you to know God. That is, we must know Him as Trinity!

The beauty of being a Christian is we are not alone. The Doctrine of the Trinity was defined and defended by Church leaders a long time ago. There is a great tradition for us to pull on in our journey through what the Bible teaches. With this in mind, I anticipate that in our next time together we will dive into one of the most important statements on the doctrine of the Trinity that has ever been written.