What sort of man is this? 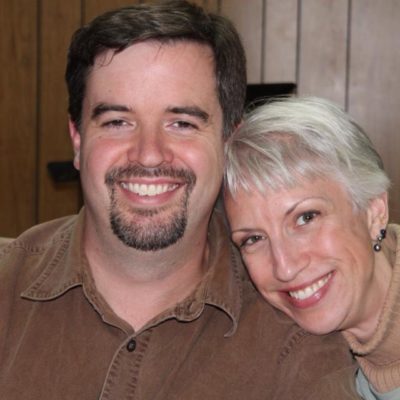 “Rain, rain, go away, come again some other day!”  All of us probably rebuked the rain at some point in our childhood, but probably none of us ever got it to work.  This past Sunday we went through a passage in which Jesus rebuked a potentially devastating thunderstorm and it actually did go away!  At the end of this miraculous display, the disciples ask the question: “What sort of man is this, that even winds and sea obey him?” (Matt 8:27).

Up to this point in the gospel of Matthew, no one is quite sure who Jesus is and what he is about.  Look at the terms that people have been using to address Jesus:

“Teacher” was an honorific term, but there were lots of teachers around.  The people may have thought it unusual that Jesus taught on his own authority rather than quote rabbis like everybody else, but an unusual teacher was still a teacher.

“Lord” was a term that indicated authority or superiority, but there were many situations in which people addressed other people as “lord.”  Human kings were addressed by their subjects as “my lord.”  Servants addressed their masters as “master” or “lord.”  Calling Jesus “lord” was not by itself out of the ordinary.  Even Gentiles like the centurion were willing to accept the idea that Jesus had some kind of authority, but what kind of authority?

Some of this uncertainty is totally understandable.  The people of Israel had been taught that “God is not a man, that he should lie, or a son of man, that he should change his mind” (Numbers 23:19).  In Deuteronomy 4:15-19, the people of Israel were commanded not to make an idol out of any of the “creation categories” of Genesis 1, which is to say they were not supposed to think of God as a man or a woman or an animal or the sun or any other part of the creation.

So when a man comes along and appears to do things that only God can do, what are the people supposed to think, especially when they’ve been taught that God is not a man and they’re not supposed to think of God as a man?  Maybe Jesus was some kind of prophet.  After all, prophets were sort of a “bridge” between God and man.  Prophets sometimes worked miraculous signs over nature by God’s authority, but Jesus commanded the wind and waves by his own authority.  Prophets were empowered by God to speak His words to the people, but it was usually prefaced with “Thus says the LORD…”  Jesus prefaced his teaching with “But I say to you…”

As we continue to work our way through the gospel of Matthew, Jesus’s identity as the Son of God and the Messianic King will come more and more into focus.  Eventually, Jesus will go all Barna Research and take a poll: “Who do people say that I am?”  Jesus didn’t ask this question because he was seeking information.  This is the question that every human being will at some point have to answer:  What sort of man is Jesus?  Is he only a man, or is he the God-man?

Those of us who have placed our faith in Christ for salvation have already answered this question – Jesus is the Son of God and Savior of sinners.  But as we share the good news of salvation with those who have not yet answered this question, it’s important to remember that sometimes it takes a while for people to work it through.  There have doubtless been many people who went to a Billy Graham crusade, heard the gospel for the first time, and it just “clicked.”  But for others, it might take months or even years to wrestle through the question of who Jesus is and what their relationship to him will be.  God is gracious and is willing to give people a certain amount of time, just as Jesus was willing to allow a certain amount of discussion and deliberation about his identity when he was here on earth.  But eventually, everyone will have to give an answer.  Let us continue to persevere in prayer for those God has placed in our lives who have not yet answered the question, “What sort of man is this?”