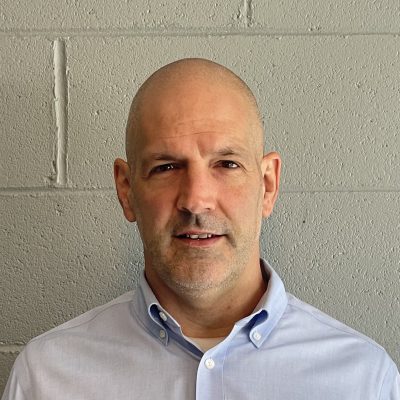 But you are a chosen race, a royal priesthood, a holy nation, a people for his own possession, that you may proclaim the excellencies of him who called you out of darkness into his marvelous light. – 1 Peter 2:9

If I gave you five words to describe yourself as a Christian or to depict the identity of the people of God what words comes to mind? Would priesthood be on your list? Priesthood is, in fact, a central identity of the people of God-one that appears in the garden in Genesis and weaves its way through Scripture’s narrative all the way to the new heavens and earth in Revelation. In 1 Peter 2.9 the Apostle makes it clear. “But you are a chosen race, a royal priesthood, a holy nation, a people for his own possession, that you may proclaim the excellencies of him who called you out of darkness into his marvelous light.” If you are in Christ you are a part of a priesthood. For some of you that’s surprising or puzzling. After all, “I’m just a stay at home mom busy feeding my kids, changing diapers, and cleaning up messes.” “I’m just a driver moving goods around the upstate New York region.” But you aren’t just a mom, driver, salesperson, teacher, engineer, or banker. In the midst of those very things you are a part of a priesthood. This identity, like all of our identities (Dad, US citizen, Syracuse resident), is crucial because it informs how we confront situation, how we view other people, what we talk about, and ultimately what we expect from life. I want us to reflect on 2 implications of this assigned identity.

One critical thing which we should consider is the posture of priests. They never existed for themselves. Often I’ll hear people say they are “practicing their priesthood” when they read the Bible or pray but this obscures the fact that no one is a priest to or for himself. They are appointed to act on behalf of others. This truth exposes the idea of Christian consumerism as that heretical and idolatrous brand of Christianity for which some of us have bargained. In this corruption, others, our neighbors, are most often out of view. We want to know what’s in it for us. How am I being blessed? But priests exist because someone else needs them. Hebrews 5.1 confirms, “For every high priest chosen from among men is appointed to act on behalf of men in relation to God.” This means that we have been called to look to the interests of others. Don’t miss that fact that life isn’t about self. Sinclair Ferguson writes, “Part of the beauty of the ‘self-image’ the gospel gives us is that it delivers us from narcissism, and from seeing ‘self’ as the central project of our lives. It produces a blessed release by inducing a new self-forgetfulness in us precisely because we now know who we really are.” So, as a mom, when you serve that little neighbor that your body miraculously bore, you are functioning as God designed the priesthood. When you provide for a neighbor in need because they are hurt or out of work you are posturing yourself as priests are intended.

Second, and perhaps more obviously, we are fashioned into a royal priesthood to declare the praises of Him who called us out of darkness. Don’t miss that as Peter writes this letter he is consumed by the suffering of those to whom he writes. It is for this purpose that he penned these words. So, if this function of priesthood, declaring God’s excellencies, is read within the context of this letter it makes sense that he has a unique perspective on how such a declaration might be made. Perhaps one significant way God’s excellencies are proclaimed in the midst of hardship and difficulties is by suffering well (see 1 Peter 2.12 as just one specific example). That is to say, when those who are suffering treasure God more than whatever they are losing or stand to lose they declare to all who witness their plight that God is desirable beyond imagination. People of God, be clear. By both our rejoicing and perseverance in doing good we demonstrate that God’s excellencies far outweigh the goodness of what we potentially might lose or have lost in our hardships be it our money, job, reputation, health, or even those we love dearly.

Renovation Church, make no mistake about it. Don’t be confused. We are a royal priesthood for the good of our neighbor and the glory of our God.